US researchers say new evidence casts doubt on the idea that global warming has "slowed" in recent years.

A US government laboratory says the much talked about "pause" is an illusion caused by inaccurate data.

The warming rate over the past 15 years is "virtually identical" to the last century, they report in Science.

Dr Thomas Karl of NOAA, who led the new analysis, said: "We would hope that it would inform the general public that the temperature today really is continuing to warm."

Commenting on the study, Dr Ed Hawkins, climate scientist at the University of Reading, said: "This suggests that the much-discussed recent slowdown in global temperatures is far less pronounced than previously thought."

The idea of a global warming "hiatus" arose from questions over why the trend of warming temperatures appeared to be stalling recently compared to the later part of the 20th Century. 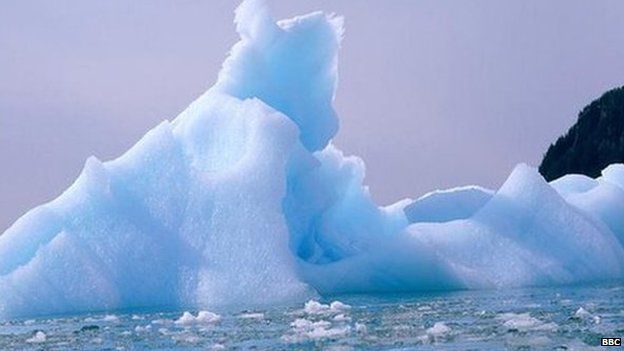 There are still gaps in data, such as in the Arctic

Various explanations have been put forward, including changes in volcanic and solar activity, and ocean currents.

The new analysis corrects for ocean observations made using different methods as well as including new data on surface temperatures.

Dr Peter Stott of the Met Office Hadley Centre said the results "still show the warming trend over the past 15 years has been slower than previous 15 year periods" and "global temperatures have not increased smoothly".

"This means natural variability in the climate system or other external factors has still had an influence and it's important we continue research to fully understand all the processes at work," he said.

Prof Piers Forster at the University of Leeds, said the study would not be the "last word on this complex subject".

"This work doesn't detract from the fact that human activity is causing climate change but we need better understanding of short-term fluctuations in climate."

According to the Intergovernmental Panel on Climate Change (IPCC), global average temperatures have increased by around 0.05C per decade in the period between 1998 and 2012.

"The IPCC's statement of two years ago - that the global surface temperature 'has shown a much smaller increasing linear trend over the past 15 years than over the past 30 to 60 years' - is no longer valid," said Dr Karl, the director of Noaa's National Climatic Data Center.