The Failure of Coronavirus Testing in America

"Trace, test and treat" has been the mantra of global health bodies in tackling the spread of Covid-19. But innumerable cases around the country show it is a model the United States has failed to recreate.

"I'm still sick, it hasn't improved. I'm coughing, I've been feverish and my left lung hurts. There have been times the wheezing and the gurgling in my chest have been so bad at night that it's woken me up. There's no doubt I have all the symptoms."

Claudia Bahorik - who is 69 and lives in Bernville, Pennsylvania - does not say this lightly. As a retired physician herself, she has done her research.

But this is the story of Dr Bahorik's determined, though so far unsuccessful plight - involving clinics, hospitals and even a senator's office - to find out if she has the coronavirus.

It all started as far back as the last week of February. Dr Bahorik had recently been on a trip to New York with her great niece, and soon after developed a cough and a fever, though it appeared to subside.

She carried on as planned, performing jury duty, attending the funeral of a friend and travelling to Washington DC for a medical appointment.

While she cannot be certain when she got infected, in early March, Dr Bahorik became extremely ill.

"By 9 March I was coughing so hard and I could hardly walk, and at that point I really suspected I had the coronavirus."

So began Dr Bahorik's quest to get tested, one that she documented.

Claudia Bahorik sees her family doctor who agrees that she should have a coronavirus test. The local health system's protocol requires that he first carry out an influenza test, a test for RSV (Respiratory Syncytial Virus), a chest X-ray and some laboratory work to rule out other possibilities.

She goes home to await those results.

The doctor informs Claudia that while tests ruled out the other causes, Pennsylvania Department of Health did not give approval for her to get a coronavirus test.

She does not meet the criteria of having known exposure to someone who had tested positive for coronavirus, or travelled to a country deemed to be high risk.

Frustrated and even more ill, Dr Bahorik calls the Department of Health. Despite exhibiting symptoms, and given her age and previous spells of pneumonia, they were inflexible.

On protesting, a nurse suggests she speak to her congressman. She calls the office of Senator Bob Casey, where she is advised to contact the Department of Health.

It is an hour's drive and she is feeling weak but goes to the test centre in Macungie, Pennsylvania.

Once again she is told that because she had not travelled to a high risk country or been in known contact with someone with coronavirus, she cannot have a test.

Having once been a doctor in the US Army Reserve, Dr Bahorik contacts her Veterans Affairs hospital. They later tell her that they do not have Covid-19 testing kits.

By this stage, Dr Bahorik's chest pain and coughing has worsened.

She is told to go to the emergency room at nearby St Joseph's Hospital, where the clinician in charge has given assurances she can get a coronavirus test.

At the hospital, she has to do another flu test and RSV test, this time, however, the new chest X-ray shows she has now developed pneumonia in her left lung.

Dr Bahorik gets a test, though getting the nasal sample makes her nose bleed, covering the swab with blood.

She is sent home with antibiotics and told to wait 3-5 days for result of the test.

Dr Bahorik calls the hospital to be told that the wait for test results is now 10 days because the samples were sent off to laboratories that are currently overwhelmed.

She has not responded to the antibiotics, and remains ill.

Who else could have been infected?

"They keep reporting that there are so few cases in my county, but they are not testing," Dr Bahorik tells me.

"I feel like I've done as much as I can, but that the system has beaten me down," she says. "I almost feel like I'm a lone voice screaming, 'Open your eyes, we have to do something about this!'"

Dr Bahorik accepts that a test would do nothing to help her condition, but if she does have coronavirus she could at least definitively tell that to all of those that she came into contact with in the early days.

Two days in particular play on her mind; the day in early March on which she shared a room with dozens of prospective jurors, and the funeral the following day.

"There were between 50 and 75 people, a lot of them around my age at the funeral and I hugged a bunch of them," she says, clearly distressed.

"If I was carrying it then I could have infected up to 150 people just in those two days. A lot of my friends want to know the result of my test."

But nothing has yet been done to trace where she might have got her infection or to isolate those she came into contact with.

Why does it take so long to get tested?

None of the hospitals or clinics Dr Bahorik visited were prepared to talk about the specifics of her case, but we did hear from the Pennsylvania Department of Health, which had twice denied her a test on the basis she was not eligible.

"We were following established criteria from the CDC (Centers for Disease Control and Prevention)," says Dr Rachel Levine, the Pennsylvania Health Secretary who spoke of a gradual increase in testing capacity.

"We now no longer require a person to have known exposure or travel criteria, but we do still have priorities; firstly hospitalised patients, very ill patients and healthcare workers," she says, explaining limits in testing capability that remain primarily because of shortages in the reagents needed. 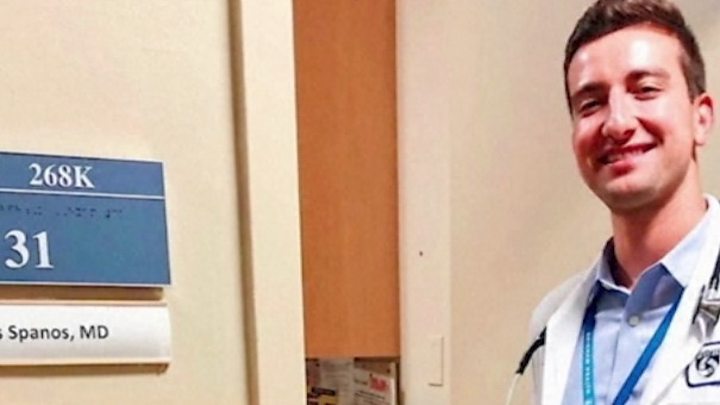 New York state, which borders Pennsylvania, has become the epicentre of the US outbreak with more than 30,000 confirmed cases. Governor Andrew Cuomo says the state has carried out more tests than any other.

Is it too late for a 'trace, test, treat' strategy?

Dr Levine acknowledged that the window had probably now closed on a South Korea-style approach of widespread testing (even of those who do not show symptoms), and trying to trace the path of the virus.

"That was a population-based protocol that was done early on in South Korea and in some other areas such as Singapore and Hong Kong. But in the United States, we did not have the ability to do that and we are now at a later stage in the pandemic for it to be effective," she says.

Every day the White House issues assurances about the availability of testing and this country's unrivalled ability to keep the impact of the virus to a minimum.

But it is testing that has been such a crucial element of controlling the spread of the virus in countries that are seen as having been successful in doing so. Anecdotal evidence from every part of the nation, like Dr Bahorik's experience, illustrates how difficult it remains for countless Americans to get a coronavirus test.