NEW YORK (AP) — As a young woman growing up in the 1980s and ’90s in New York City’s Hell’s Kitchen — “the name was exactly accurate for what it looked like, what it felt like,” as Alicia Keys recalls it — the budding musician born Alicia Cook would purposely wear baggy clothing and Timberland boots as she walked to and from the one-bedroom apartment she lived in with her mother.

A self-proclaimed tomboy, part of Keys’ look was her own preference. The other part — the major one — was for her own protection. 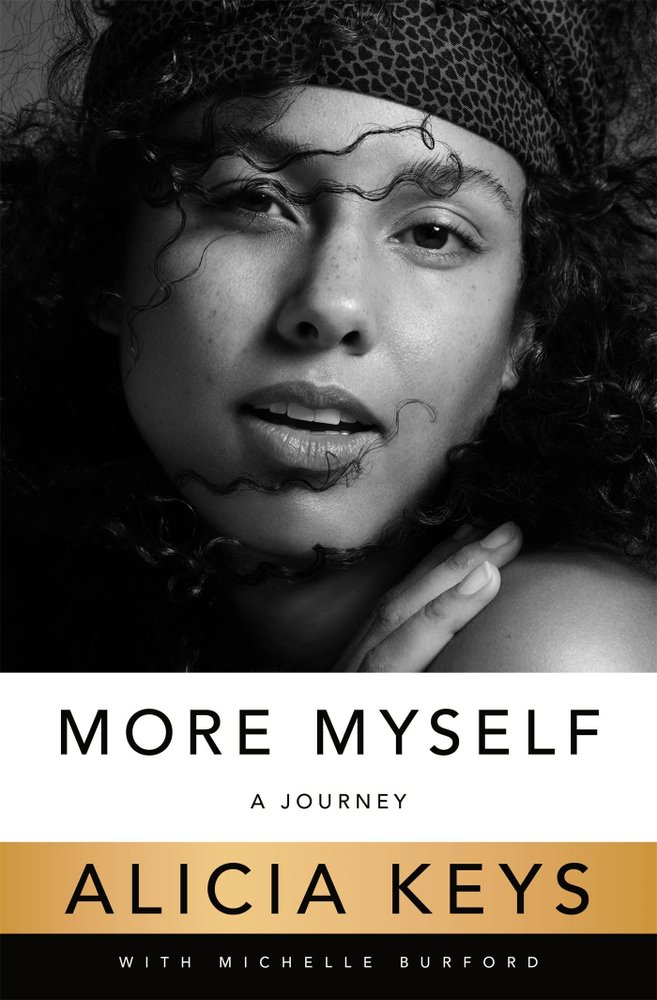 "More Myself: A Journey" by Alicia Keys

“There were pimps and prostitutes everywhere. There were those XXX-theaters everywhere. ... Besides that, heroin addicts, crack addicts, drug addicts — those streets were filled with all those people and all those situations,” Keys told The Associated Press in a recent interview. “As a young woman, I definitely learned early how to call the least attention to myself possible. How could I get through those spaces unnoticed?”

“In order to do that, I was definitely not about having some bright clothes on or some short skirt on or some long nails on,” she added, “That was the antithesis of what I had to do in order to be separate from that space that I was walking in.”

It worked, and allowed Keys, the daughter of a single mother, to take trains in the city to school and to play music unbothered while her mother worked long hours. It’s just one of the many telling stories the Grammy-winning superstar shares in “More Myself: A Journey,” her new book out Tuesday.

“More Myself” takers readers from Keys’ childhood to her breakthrough debut in 2001 to where she stands now — on the heels of her seventh studio album “ALICIA” (out May 15) with a multi-dimensional career and a strong family life with hubby-musician Swizz Beatz and two kids.

She spent the past two years writing the book, taking time to deeply reflect on her life and bare it all. She opens about her mother rustling with the decision to keep her child after finding out she was pregnant after just briefly dating Keys’ father, and decades later, Keys learning she was already four months pregnant with her second child, and her own decision to keep the baby even though she said it came at “the worst time ever” since she was working on a new album and her husband had gotten into Harvard Business School. She also said she had been drinking a lot. 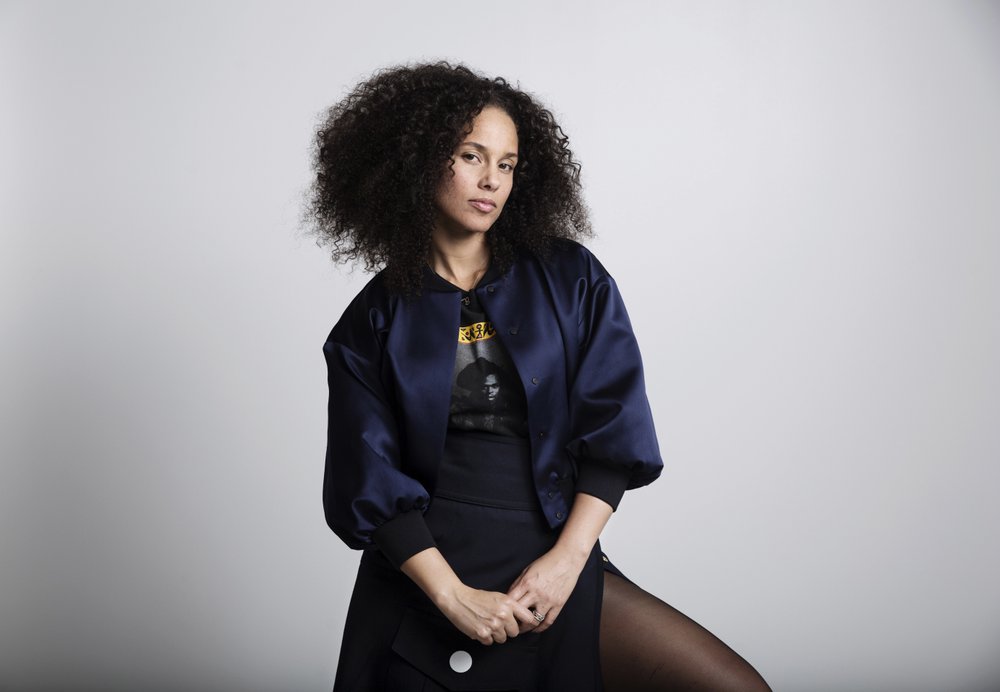 In “More Myself,” she also uncovers her songwriting process; her interactions with legends Stevie Wonder and Prince, who critiqued her sound at one of her shows; and her longtime and hidden relationship with producer Kerry Brothers Jr., who worked on Keys’ first four albums, including the hits “Diary” and “No One.”

She also recalls feeling burnt out after releasing her sophomore album; her tumultuous relationship with her father; first meeting her now-husband when they were teenage musicians; and even fielding questions about her sexuality early in her career.

“How many times do you actually look back on things and have enough space between it to realize how it affects what you’re doing now, or whatever you want to start to do now? Honestly, I feel really good. Even the timing of this all, with where we are on the planet, feels right. It feels like the right conversation,” Keys said. “I want people to get into it. We’re all on that journey. It’s my personal story, but it applies to everybody.” 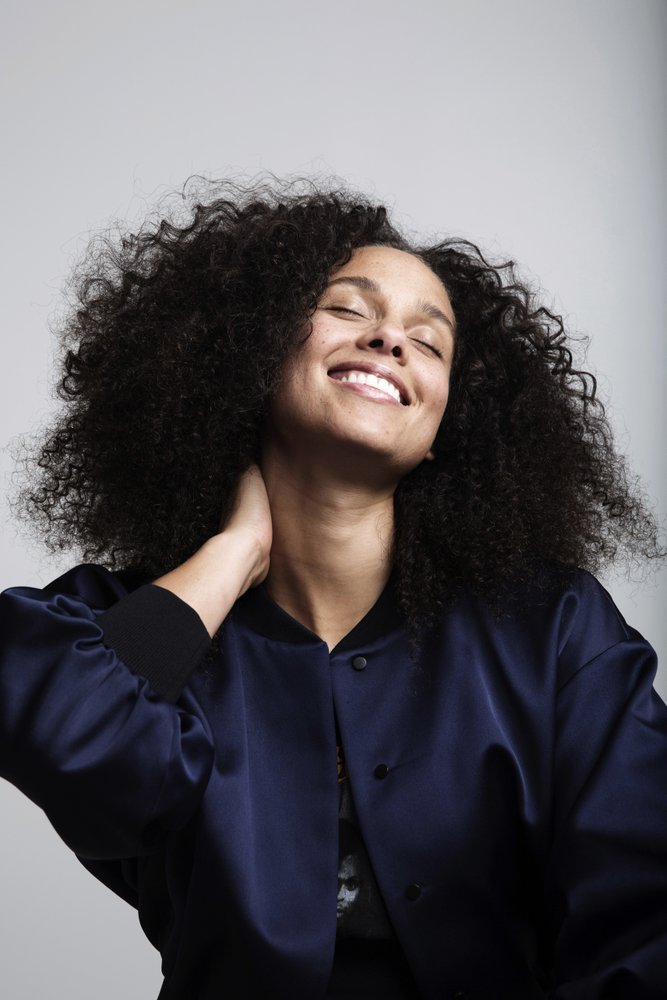 Keys credits her mother, who at 19 left Toledo, Ohio, to pursue her acting career in New York, and the piano gifted to them with helping her fall in love with music, and wanting to take it on professionally.

Keys even dropped out of Columbia University, forgoing a scholarship, to pursue her career and first record deal at, funnily enough, Columbia Records. But things didn’t work out and she eventually parted ways with the label. Later, she signed with Clive Davis and his J Records label imprint through Sony.

Davis, the legendary music executive who has made superstars of Whitney Houston and Barry Manilow and created second acts for Aretha Franklin and Carlos Santana, personally wrote Oprah Winfrey about his new signee and asked her to book Keys for her top-rated talk show. After watching Keys perform, she did.

Almost 20 years later, Winfrey and Keys are close friends, and “More Myself” is being released through the media icon’s An Oprah Book imprint via Flatiron Books (all of Winfrey’s proceeds under her imprint go to support the Boys and Girls Club of Kosciusko). 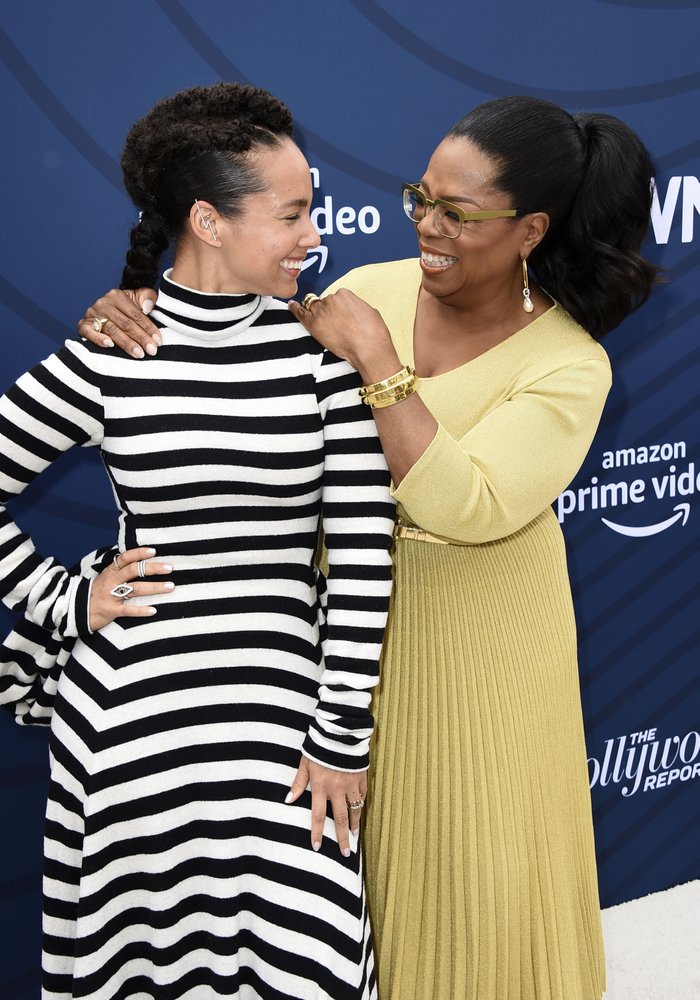 “I feel like a mother, sister, friend to her. I feel in many ways the kind of kinship, admiration and adoration that Maya (Angelou) felt for me, I feel toward her. I felt it from the very first moment that she hit that key on my show and she did ‘Fallin.’ I was in awe of this young woman,” Winfrey said in an interview with AP. “It’s not until actually reading her book that I knew that we were such real kindred spirits. In reading her book, I feel and see so much of myself in her story, even though it’s not the same story. I’m hoping that other people will see the same.”

Winfrey is one of the famous faces, and friends, who help introduce the chapters in “More Myself”; other participants include Keys’ parents, Swizz Beatz, Michelle Obama, Bono and Jay-Z, who said he initially thought of asking fellow New Yorker Mary J. Blige to collaborate on the smash hit “Empire State of Mind” before calling Keys. The guests also lend their voices for the audio version of the book, which is read by Keys and includes her breaking out in song throughout the process.

“Her whole story is about a woman learning how to fuel the flames of her own heart’s desire. So that when she says, ‘This girl is on fire’ — that is coming from a real truthful space,” Winfrey said. “I’m so happy with the way that it turned out. I’m really just, I’m not going to, but if I talk about her long enough, I could literally weep. She to me epitomizes what it means to bring the light. A lot of people talk about it, ‘Oh, love you. Love and light. Love and light.’ She is that. She is a living example of that.”