LINVILLE, N.C. (AP) — The newly discovered comet Neowise is only visible from Earth once every 6,800 years, and photographers who want to document it seek places with high elevation and little smog or light pollution. A place like North Carolina’s famed Grandfather Mountain.

On a recent weekend, Associated Press photographer Gerry Broome was granted special after-hours access to the iconic peak to accompany photographer and amateur astronomer Johnny Horne on a trip to make images of the comet discovered in March.

The moment came on a Saturday night when Comet Neowise first appeared as a tiny smudge in the northern sky. A pair of binoculars revealed its tail of gas and dust. It was just past 9:30 p.m., and the northern sky had cleared enough to spot the comet with the naked eye. It was as if the heavens opened up and provided a celestial show that wouldn’t be repeated in our lifetimes and for many to come.

“If we don’t attempt to experience these natural wonders, we never see any of them except by chance. I’d rather be deliberate about it,” said Horne, who has traveled to Australia to photograph Halley’s comet, Zambia and Mexico’s Baja peninsula for eclipses and Iceland for the northern lights. The retired news photographer and photo editor, who spent 44 years at The Fayetteville Observer, has contributed to Sky & Telescope magazine since the 1990s.

To see Neowise, Grandfather Mountain was chosen for its clear view at an elevation of nearly 6,000 feet (1,828 meters) But to benefit from the view, the weather has to cooperate. On Friday night, a giant thundercloud blocked the view on Grandfather Mountain as the comet appeared, thwarting the attempts to photograph it. 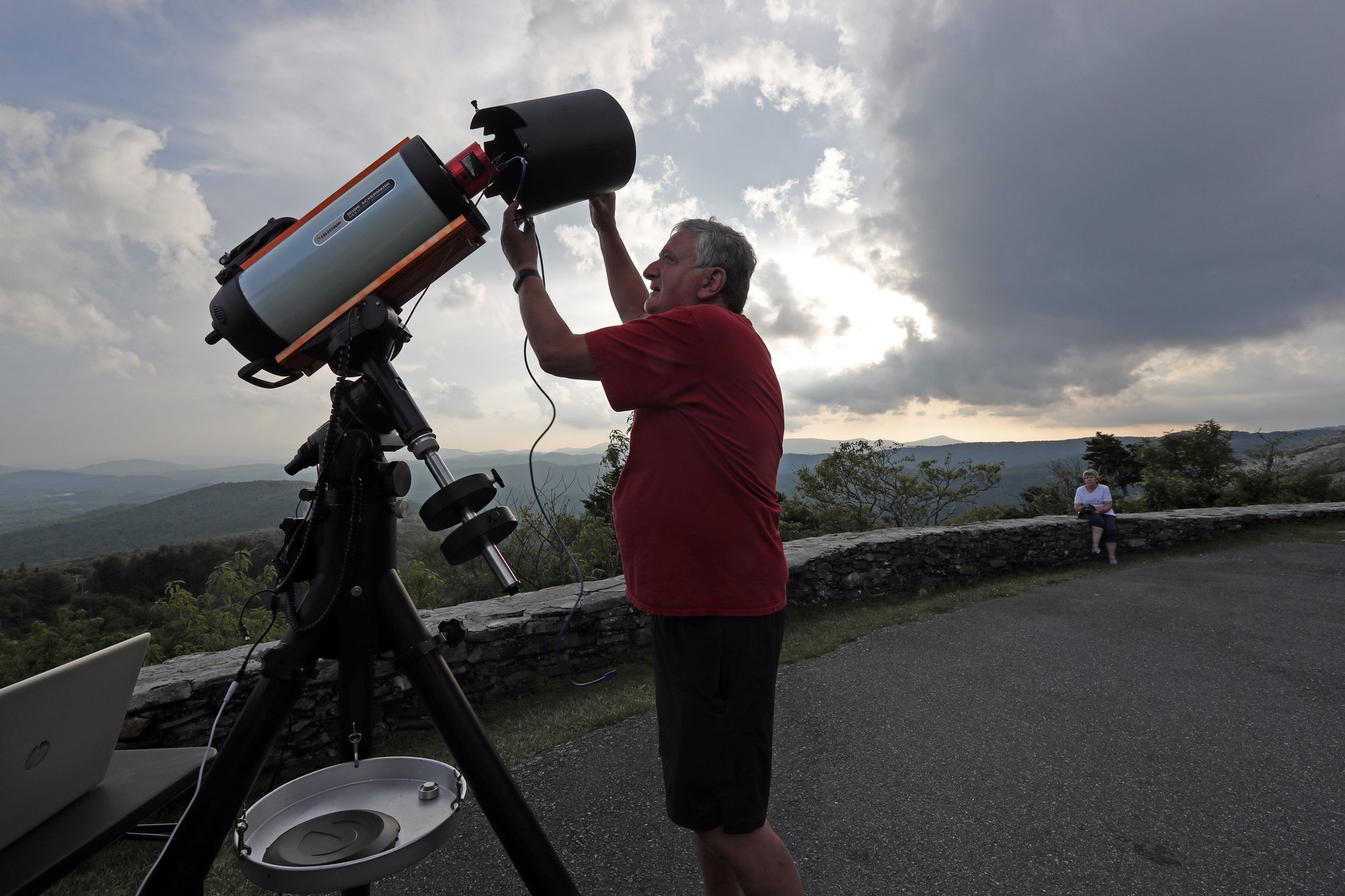 According to NASA, the nucleus of the comet is three miles (4.8 kilometers) across. It emits a tail of dust and possibly two tails of gas as it moves through space at around 144,000 mph (232,000 kph). Now making its way back toward the outer solar system, the comet has come as close as 64 million miles (103 million kilometers) to Earth.

The comet should remain visible through the end of July and possibly into August across the Northern Hemisphere. It is visible to the naked eye and can be spotted below the Big Dipper, but a good pair of binoculars or a telescope will enhance your view. A clear night with limited light pollution is important for success.

It’s named for the NASA spacecraft, Neowise, that first spotted it. 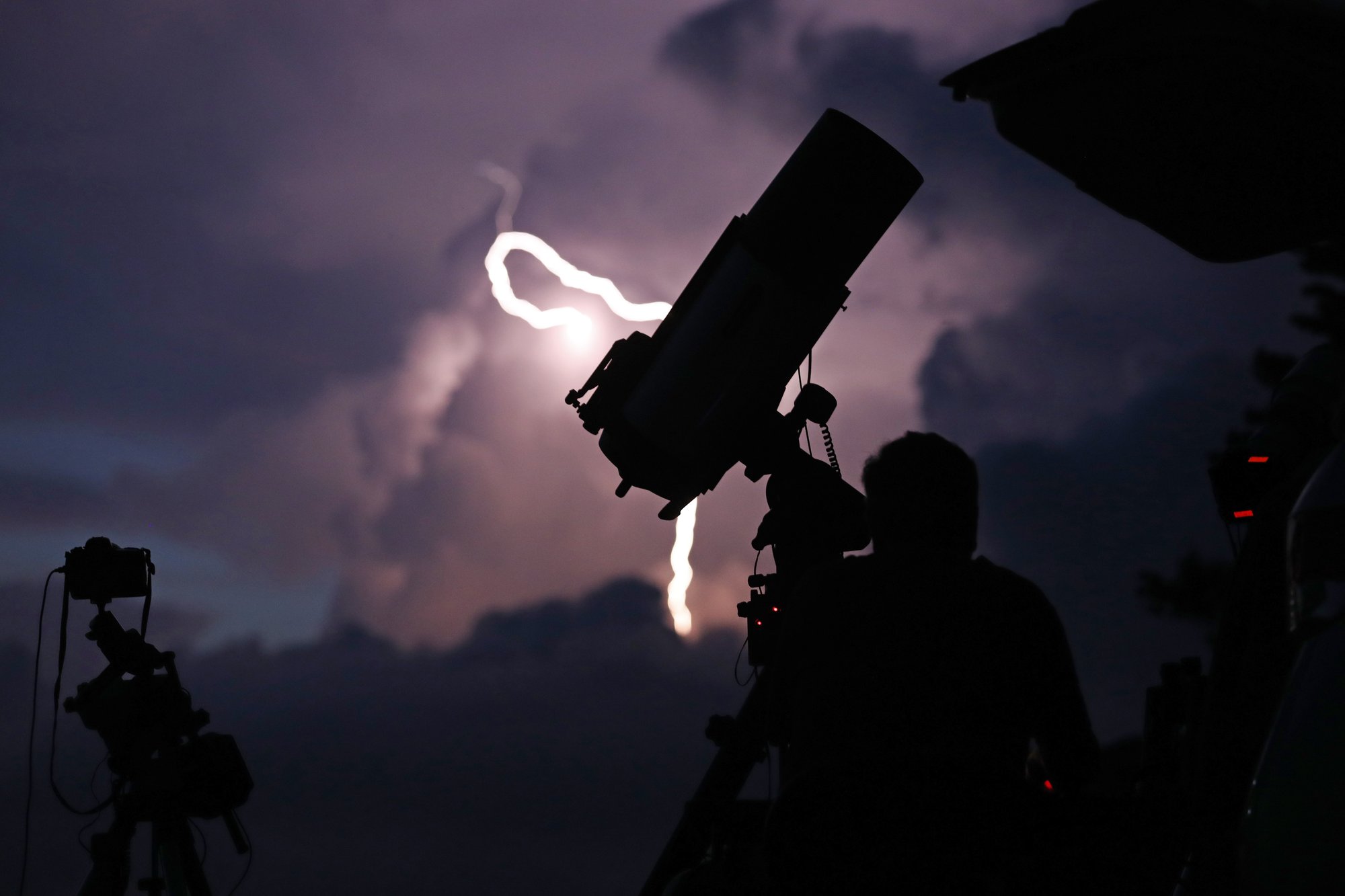 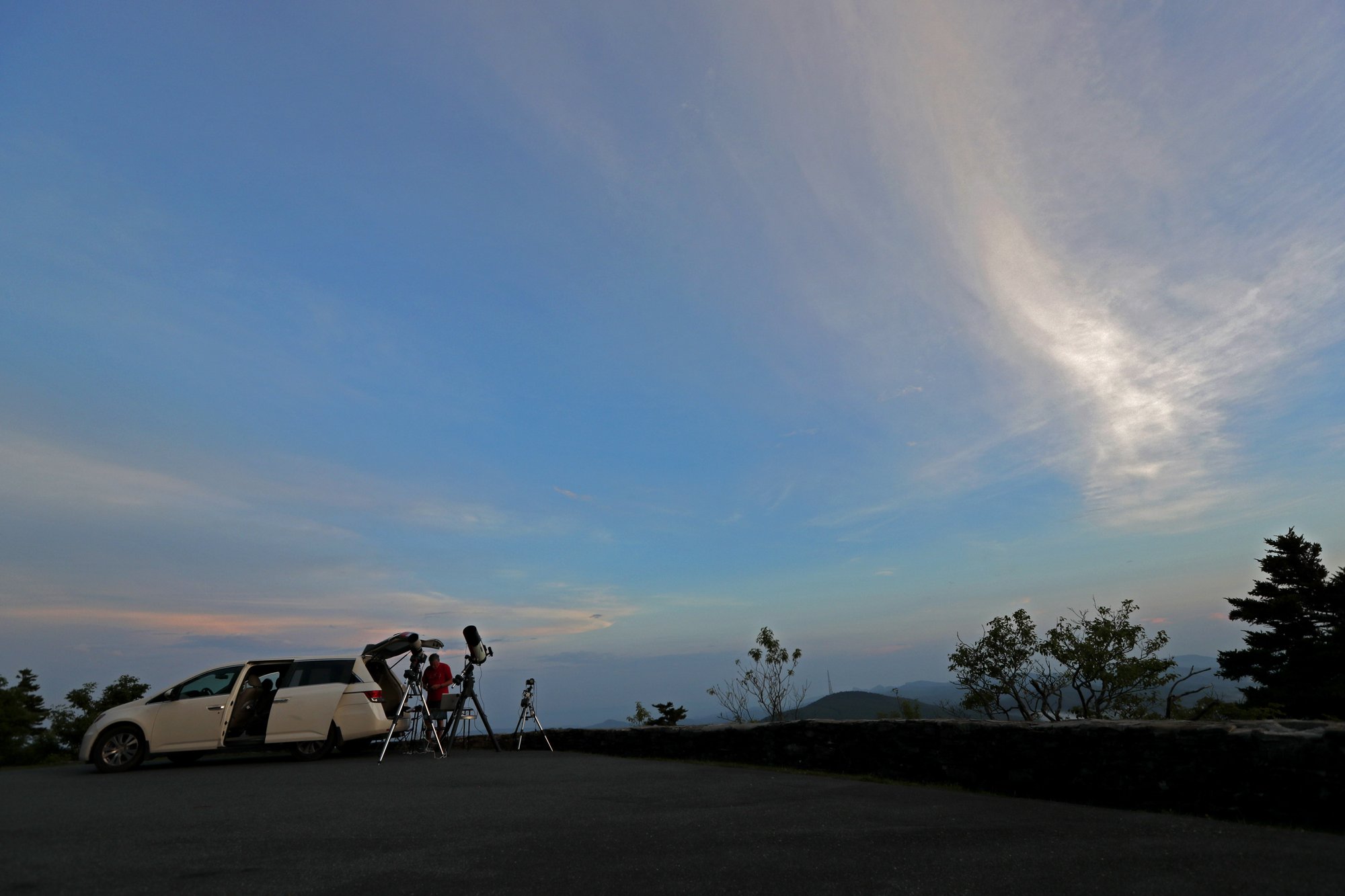 Astrophotographer Johnny Horne sets up his gear beside his vehicle on the slopes of Grandfather Mountain to photograph Comet NEOWISE in Linville, N.C., Friday, July 17, 2020. (AP Photo/Gerry Broome) 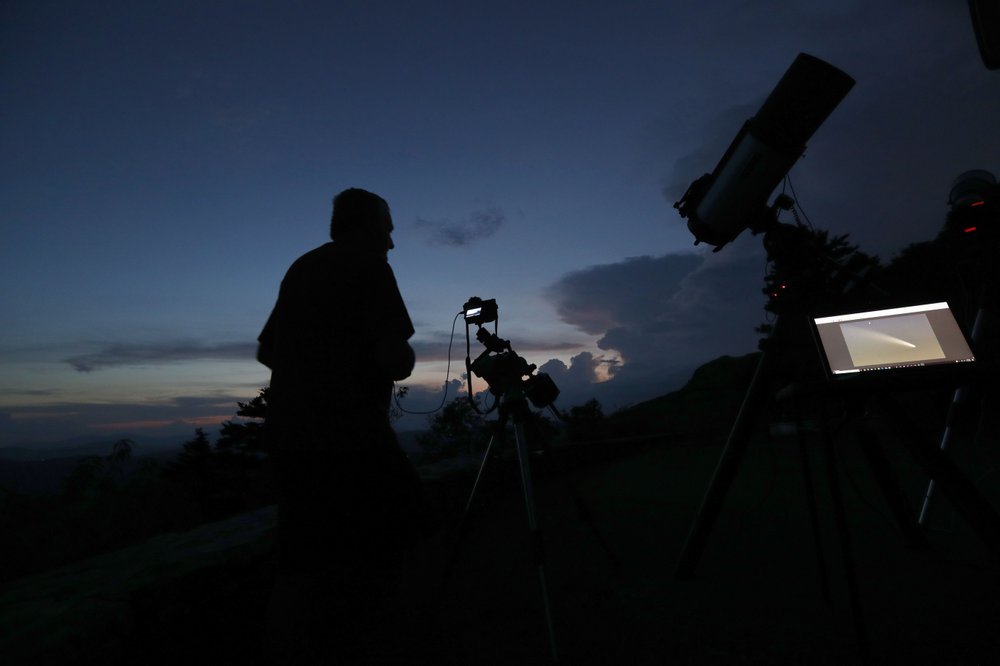 As the sun sets at Grandfather Mountain astrophotographer Johnny Horne makes exposures of the evening sky as he waits for Comet NEOWISE to appear from behind storm clouds Friday, July 17, 2020 in Linville, N.C. (AP Photo/Gerry Broome) 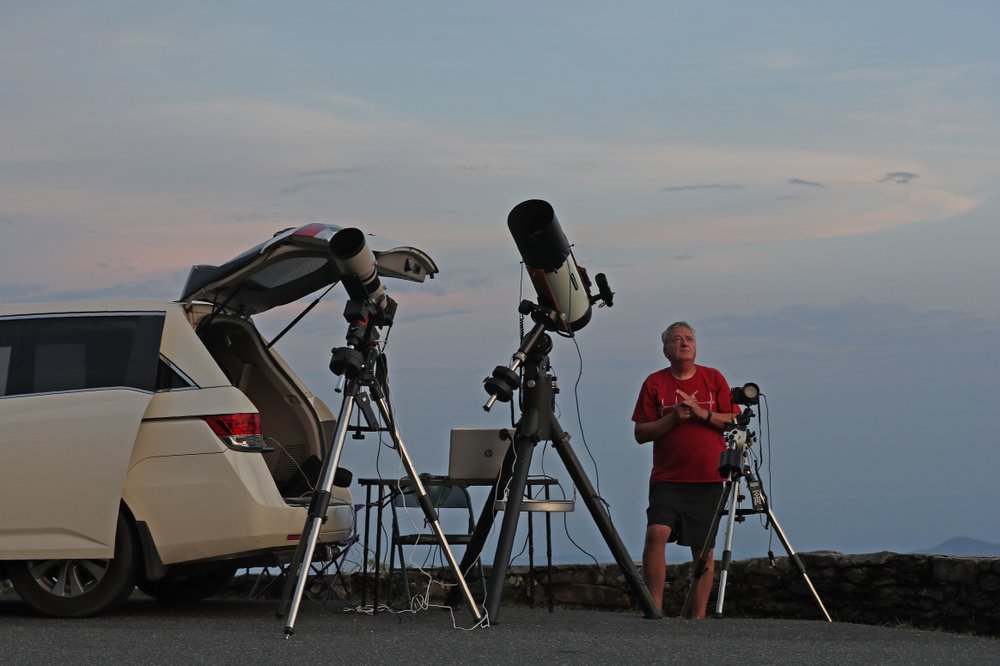 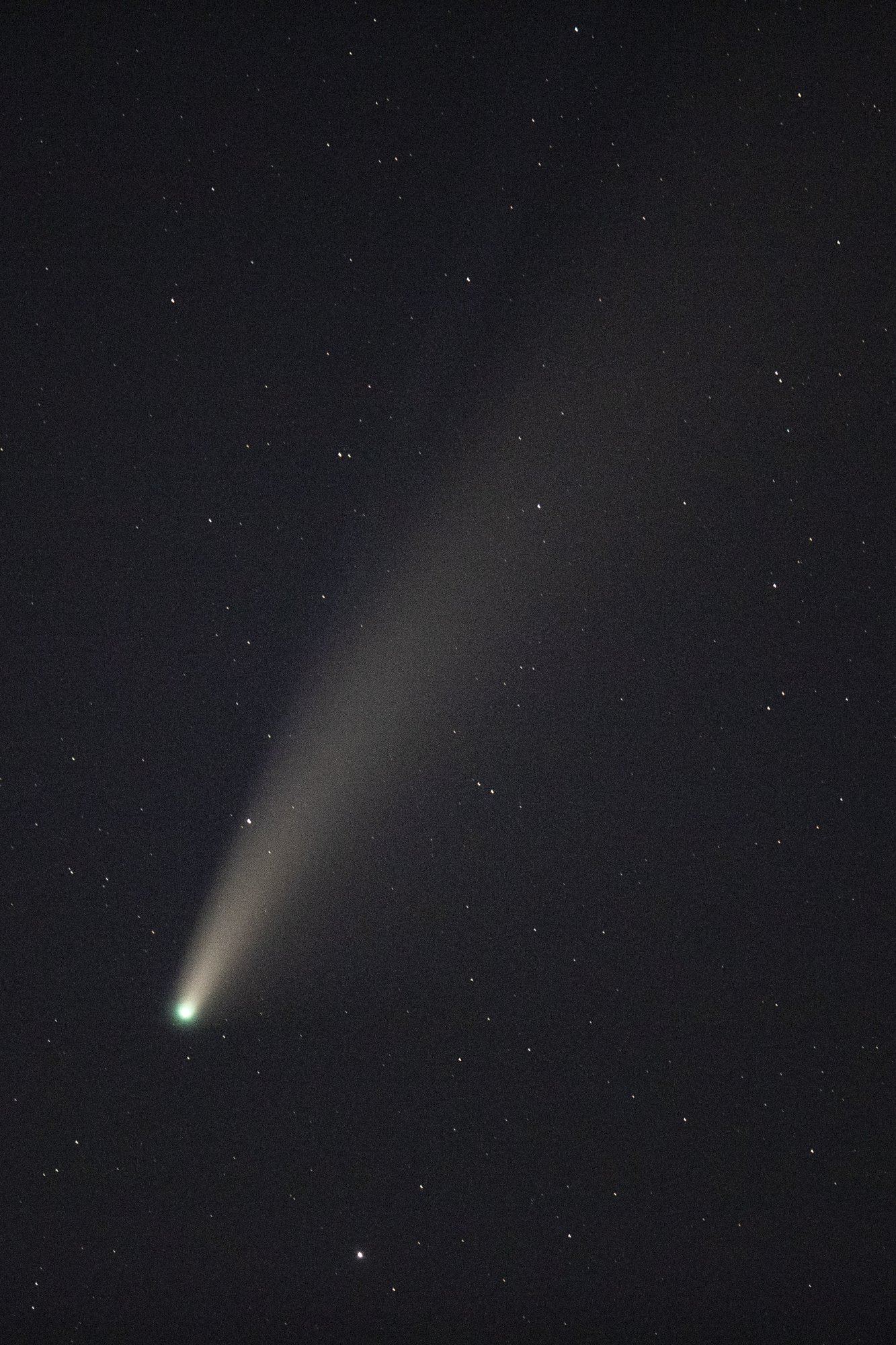 Comet NEOWISE is seen from Grandfather Mountain in Linville, N.C., Saturday, July 18, 2020. The newly discovered comet is visible in the Northern Hempisphere but after it's gone the comet will not reappear for 6800 years. (AP Photo/Gerry Broome) 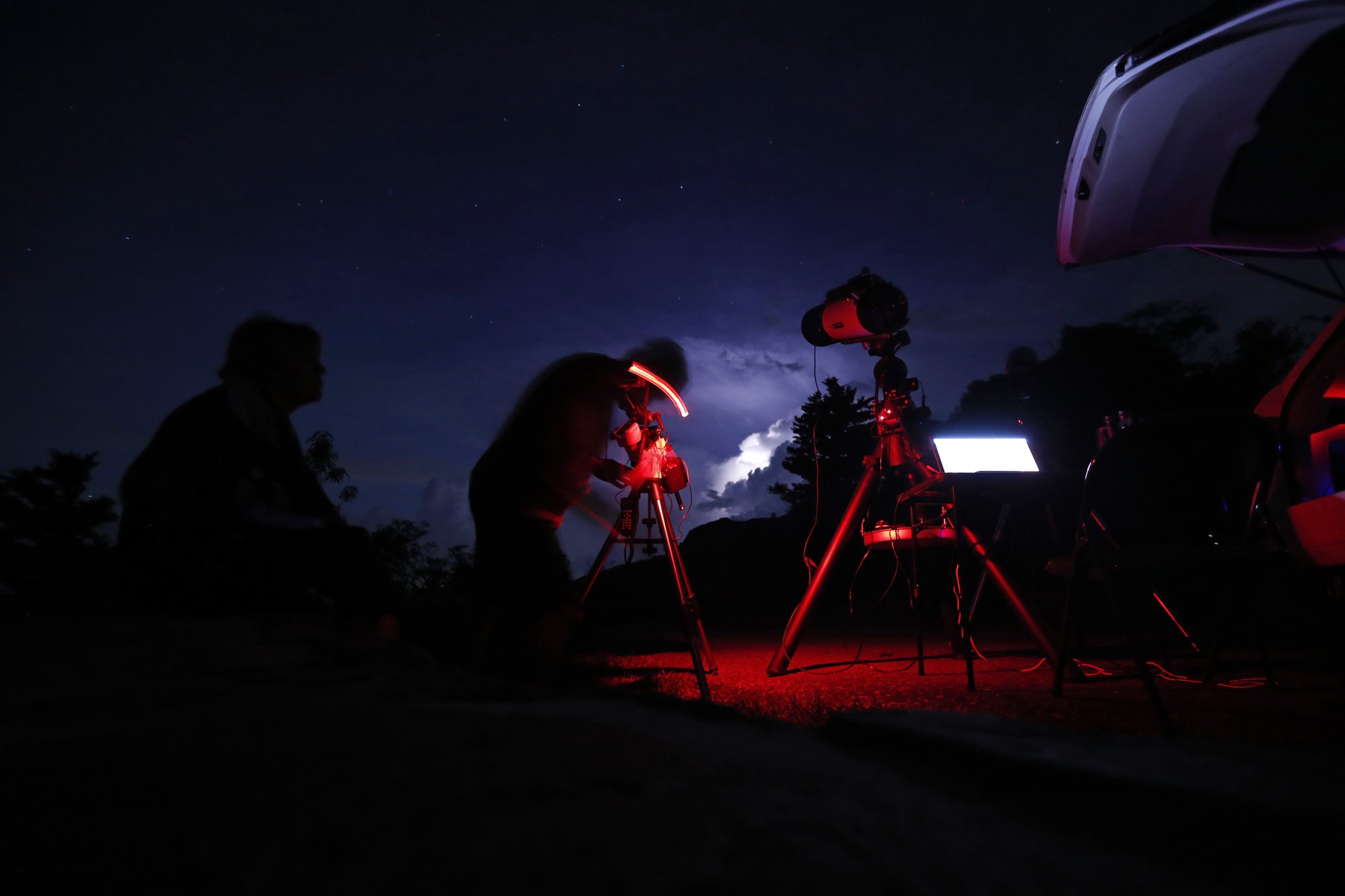 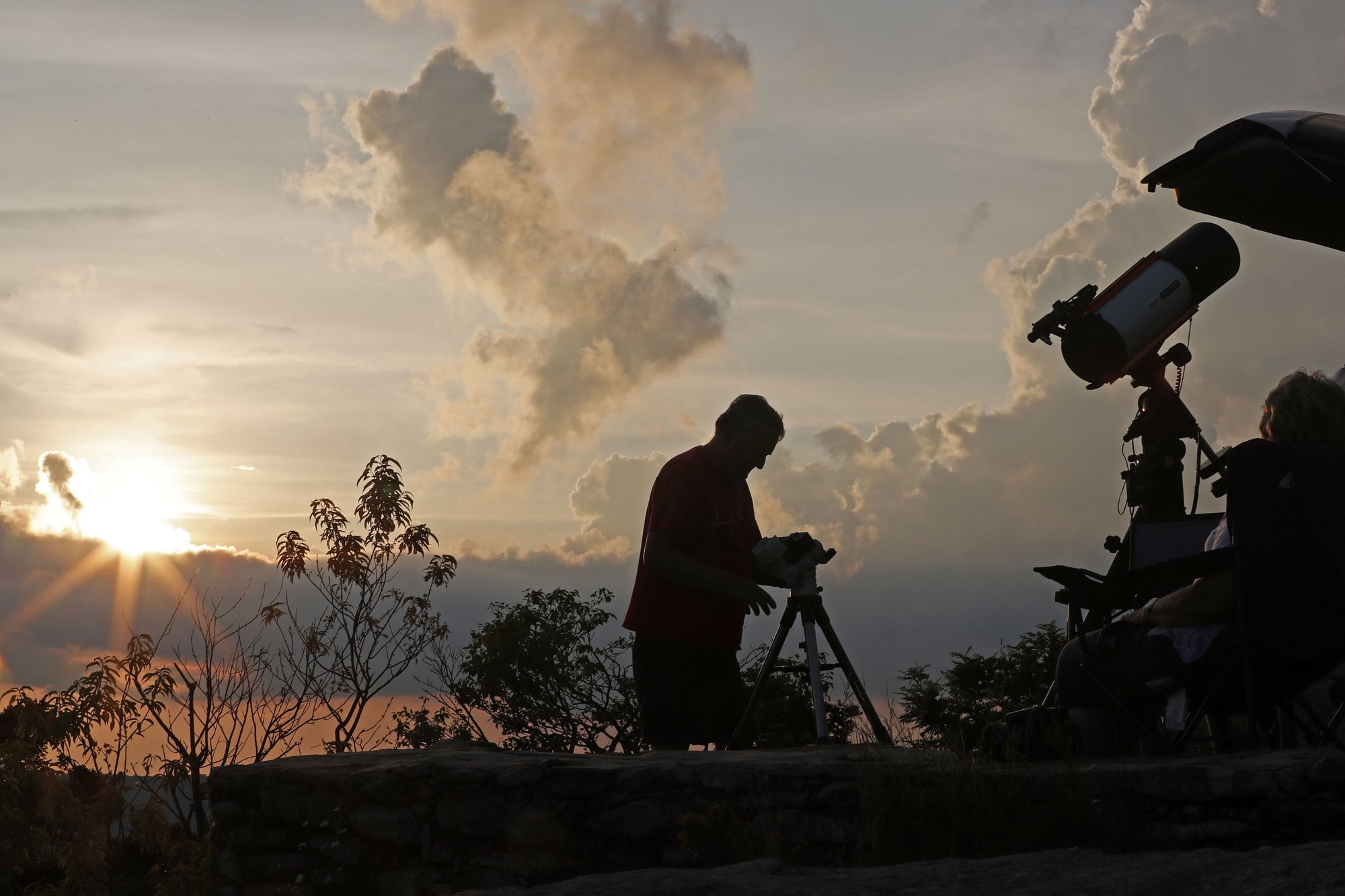 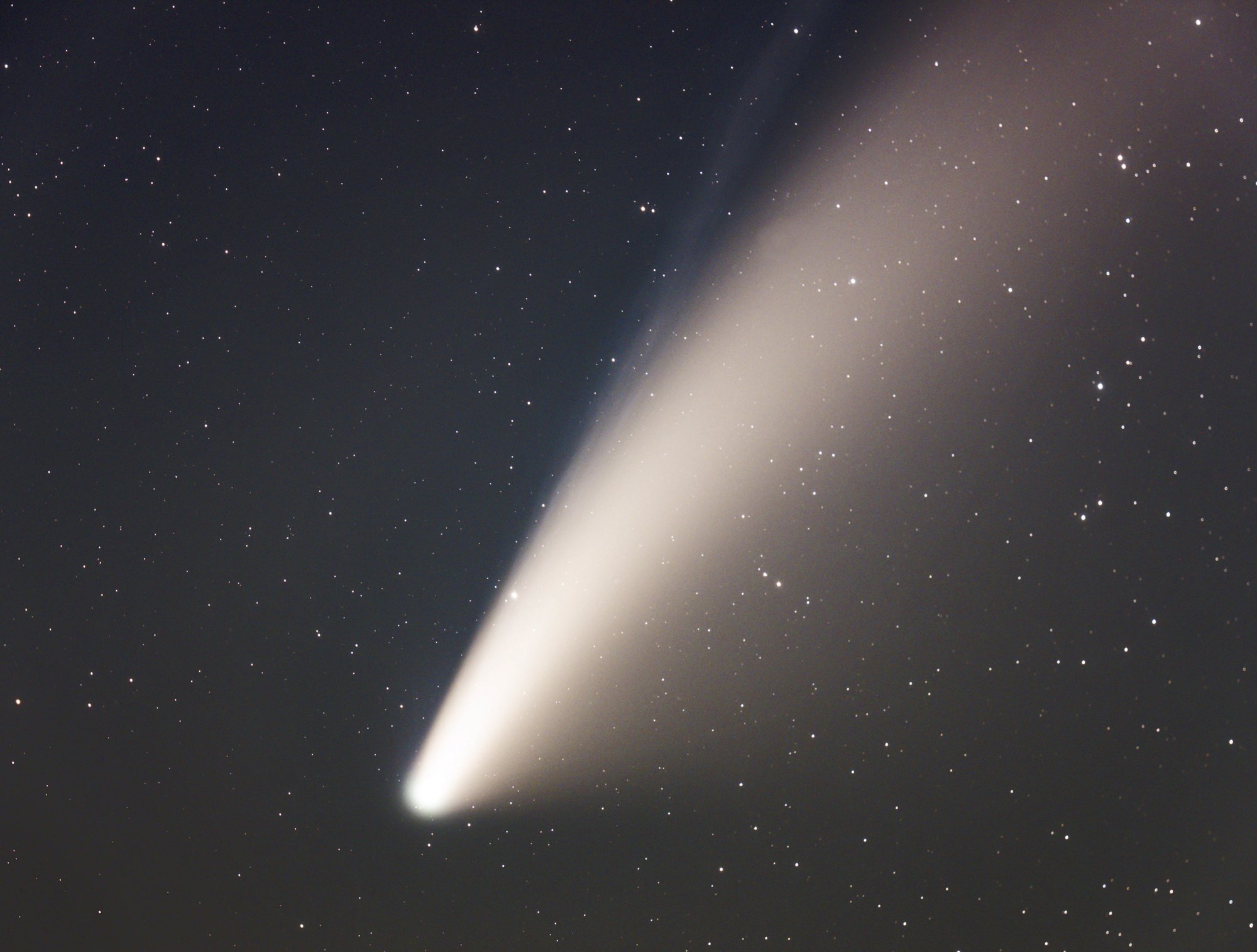 This photograph provided to The Associated Press by Johnny Horne shows Comet NEOWISE as photographed using a telescope from Grandfather Mountain Saturday, July 18, 2020 in Linville, N.C. (Johnny Horne, via AP)