BERLIN, Aug 15 (Reuters) - Former West Germany striker Gerd Mueller, one of the game's greatest goalscorers who was nicknamed "Bomber der Nation", has died at the age of 75, his former club Bayern Munich said on Sunday.

Mueller netted 68 goals in 62 internationals, including the winner in the 1974 World Cup final, and is third in the all-time list of most goals in the global showpiece tournament with 14, behind Brazilian Ronaldo (15) and German Miroslav Klose (16).

"He was the "Bomber der Nation", Germany's biggest goal scorer ever," the German FA (DFB) said.

"He set records that seemed to be made for eternity even if some of them fell. He will forever remain a phenomenon."

Having joined Bayern in 1964, Mueller - an instinctive striker who was good in the air and quick on his feet - scored 566 goals in 607 matches spread over 15 years with the club.

Mueller netted a record 365 goals in the Bundesliga in a trophy-laden career that included four league titles, four German Cups and three European Cups with Bayern.

He won the Golden Boot after scoring 10 goals at the 1970 World Cup before collecting the Ballon d'Or that year and an uncanny ability to turn and score from seemingly impossible angles became Mueller's trademark.

Bayern said in 2015 that he had been seriously ill for some time with Alzheimer's disease.

"Today is a sad, black day for Bayern and all of its fans. Mueller was the greatest striker there has ever been and a fine person, a personality in world football," Bayern president Herbert Hainer said in a statement.

"We're united in deep sorrow with his wife Uschi and his family. Without Gerd Mueller, Bayern would not be the club we all love today. His name and the memory of him will live on forever." 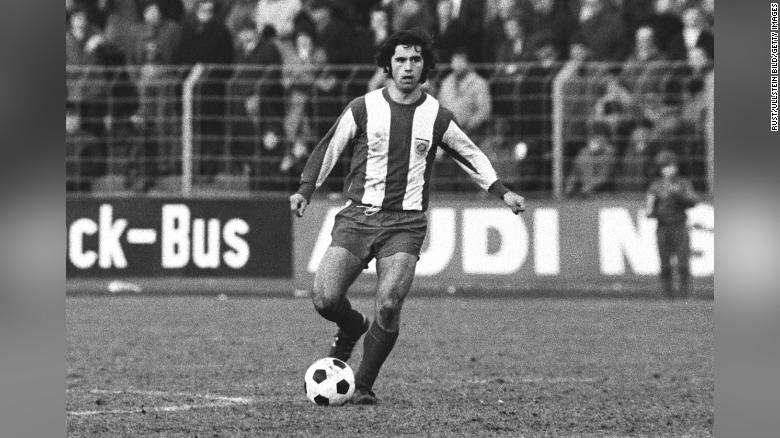 Müller averaged almost a goal a game for Bayern Munich.

"As a player and as a person, Gerd Mueller stands like no other for Bayern and its development into one of the largest clubs in the world. He'll be in our hearts forever."

In May, Bayern's Robert Lewandowski netted his 41st goal of the 2020-21 season to eclipse Mueller's Bundesliga goal-scoring mark for a single campaign which stood for nearly five decades. 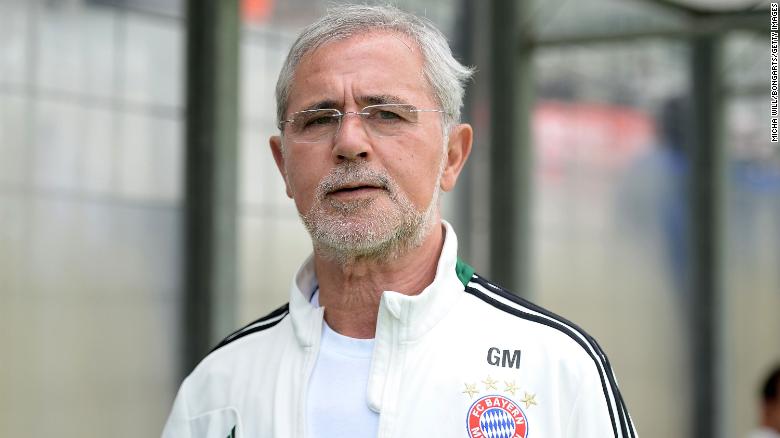 After retiring, Müller remained with Bayern for a long time as a youth coach, according to the Bundesliga club.

Müller is survived by his wife Uschi and a daughter, according to the Bayern website.

"We're all united in deep mourning with his wife Uschi as well as his family," added Hainer. "FC Bayern wouldn't be the club we all love today without Gerd Müller. His name and memory will live on forever."

After retiring, Müller remained with Bayern working as a youth coach. However, in later life he suffered from dementia, according to FIFA's website in November 2020, and lived in a care home to the south of Munich, where he was regularly visited by his wife.