“Risk is our business,” James T. Kirk once said. “That’s what this starship is all about. That’s why we’re aboard her.”

More than a half-century later, the performer who breathed life into the fabled Enterprise captain is, at age 90, making that kind of risk his own business and heading toward the stars under dramatically different circumstances than his fictional counterpart. And in doing so, William Shatner is causing worlds to collide, or at least permitting parallel universes to coexist — the utopian spacefaring vision of “Star Trek” and the evolving, increasingly commercial spot that “space” holds in the American psyche.

When Shatner boards Jeff Bezos’ Blue Origin NS-18 in Texas at around dawn Wednesday, his one small step into the craft creates one of the ultimate crossover stories of our era.

It’s about space and exploration, sure, and certainly about capitalism and billionaires and questions of economic equity. But it’s also about popular culture and marketing and entertainment and nostalgia and hope and Manifest Destiny and, and, and … well, you get the idea.

“What will I see when I’m out there?” Shatner wondered last week, talking to Anderson Cooper on CNN. An equally valid question is this: What will WE see when he’s out there?

It will be a complex blend of human dreams superimposed upon technology and hope, braggadocio and cash, and the notion that space travel elevates us — all orchestrated by a company under criticism for what some call the decidedly un-utopian, tech-bro ways that it operates.

Is all that and “Star Trek” a good fit?

THE WORLD OF `STAR TREK’

Since its 1966 premiere with one of the most diverse casts TV had ever seen, “Trek” has grown from Gene Roddenberry’s fever dream of a “‘Wagon Train’ to the stars” into an intricate transmedia universe full of subtleties and traditions and rules.

Among them: Human beings avoid killing each other. Money is generally outdated, as are hunger and poverty. Greed is aberrant. Noninterference in other cultures is the most sacred principle of all. And within the United Federation of Planets, the spacefaring United Nations of “Star Trek,” exploration, not domination, is the coin of the realm. In short, unlike a lot of humanity right now.

That 1966-69 original series used allegory to evade network censors and tell stories about racism and xenophobia and even the Vietnam War. How could they get away with all that? Because the adventures of Kirk’s Enterprise took place against a backdrop of 23rd-century space travel — something directly relevant to the world as well, given that humans first set foot on the moon 47 days after the original series’ final episode.

Over the next half century, backed by a vocal fan base, “Star Trek” roared back for more and, in the process, led the way in cementing space travel as an ideal canvas for relevant storytelling. 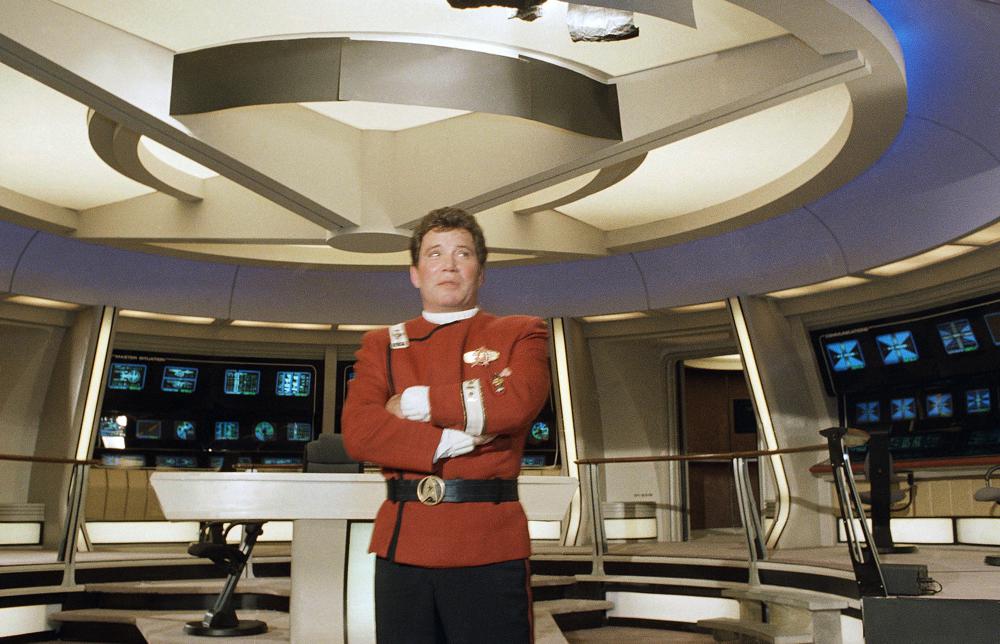 Even as NASA’s Apollo era ebbed into the space shuttle program (where an early craft was named “Enterprise”) and eventually into uncertainty, “Trek” remained one of the culture’s central vehicles for a spacefaring future.

Nichelle Nichols, who played Lt. Uhura on the show, was a particularly tireless advocate, working with NASA to recruit Americans of color and women and make sure they could occupy the center of such ambitions as the missions marched forward.

In the 1980s, movies about the original crew dealt with aging and regret. “Star Trek: The Next Generation” offered a more cerebral but still utopian vision. Another spinoff, “Star Trek: Deep Space Nine,” set at an outpost preserving a delicate detente, presented a darker take — but still one in which avarice was anomalous and worthy of scorn. And “Enterprise,” a 2001-2005 prequel, offered a season-long arc about the aftermath of a 9/11-style extraterrestrial attack on Earth.

Two of the latest iterations of the myth, “Star Trek: Discovery” and “Star Trek: Picard,” have dipped deeper into darkness than their predecessors and have toyed with the notion that not all humanity wants to be quite that utopian.

In all that varying storytelling, though, one constant remained: the notion that human space travel would become a vector of ethics and goodness that elevated the galaxy rather than plundered it.

Which brings us to companies like Blue Origin, Elon Musk’s SpaceX and Richard Branson’s Virgin Galactic — endeavors that build their brands not upon countries but corporations.

They offer the culture a late-stage capitalism variation on the theme — a narrative that space travel isn’t just for scientists and diplomats but for you and me, too. If, that is, you and me happen to have a few hundred thousand dollars or more of walking-around money on hand. 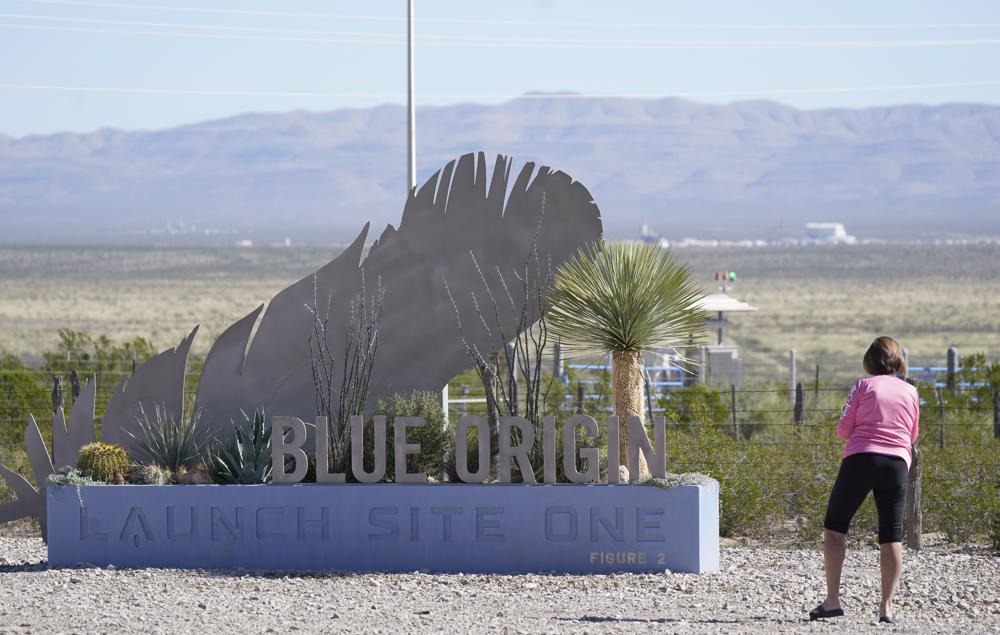 “The United States always has had private people working for the public purpose,” says Ravi S. Rajan, president of the California Institute for the Arts and a “Trek” fan since childhood. “But how much is done privately and how much is done publicly, that changes.”

Many have impugned the billionaire space moguls’ actions, including the secretary-general of the United Nations, and the troubles of Blue Origin’s corporate culture are well-documented of late.

But the motives of the Amazon founder himself remain unclear. It is evident, though, that the popular culture of space travel has influenced him deeply.

Bezos, who tells a story of exploring space to help ensure Earth’s continued prosperity, is a longtime “Trek” fan. He made a cameo as an alien Starfleet official in the 2016 movie “Star Trek Beyond.” And according to biographer Brad Stone, Bezos even fleetingly considered calling Amazon “Makeitso.com,” after Capt. Jean-Luc Picard’s favorite command in “Star Trek: The Next Generation.”

“The whole ethos of `Star Trek’ showed people who were different-looking, with different skills, working together. We are in the opening moments of something like that,” says Richard B. Cooper, vice president of the Space Foundation, a nonprofit that advocates for the global space industry. “People can look at this environment and say, `Hey — I belong there, too.’” 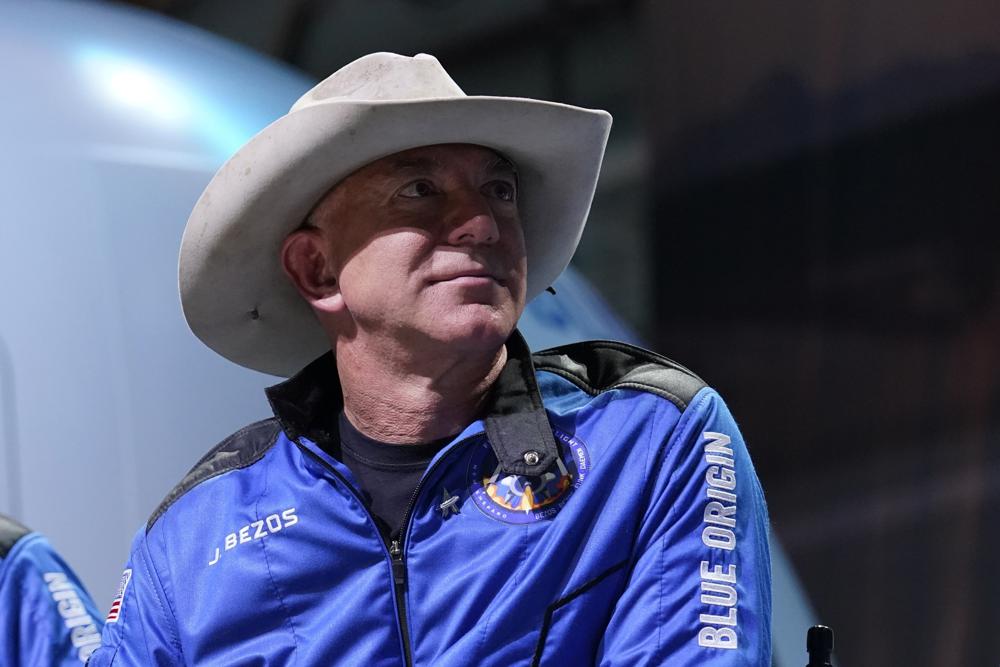 Prohibitive costs aside (and that’s a big aside), Cooper has a point. Though the likes of Shatner may not be “regular people,” the shift from the dominance of the test pilot and the scientist tracks with the populism of our era, where — it must be said — the exactitude of science is being called into question as never before. And as Cooper points out, “it gives people hope. And if there’s one thing the world’s in short supply of, it’s that essential payload.”

That kind of storyline — hope, heroism, competitive dominance and an unerring sense of competence that can at times overlap with testosterone — could be one key reason why the commercial space outfits are thriving. At a moment when NASA and nation-focused space travel lacks a compelling Hollywood narrative, the entrepreneurs and their marketers step right in.

“American dominance in space, nobody cares about it. It’s Bezos who says, `We can’t go on living like this. We have to save the planet,’” says Mary-Jane Rubenstein, a professor of religion and science in society at Wesleyan University. What results, she says, is “a kinder, gentler colonialism” in which humans take to orbit under premises that seem justifiable but require closer scrutiny.

“It’s the billionaires who have the utopian visions,” says Rubenstein, author of the upcoming book “Astrotopia: The Dangerous Religion of the Corporate Space Race.”

“The states can’t muster them,” she says. “They have no story.” 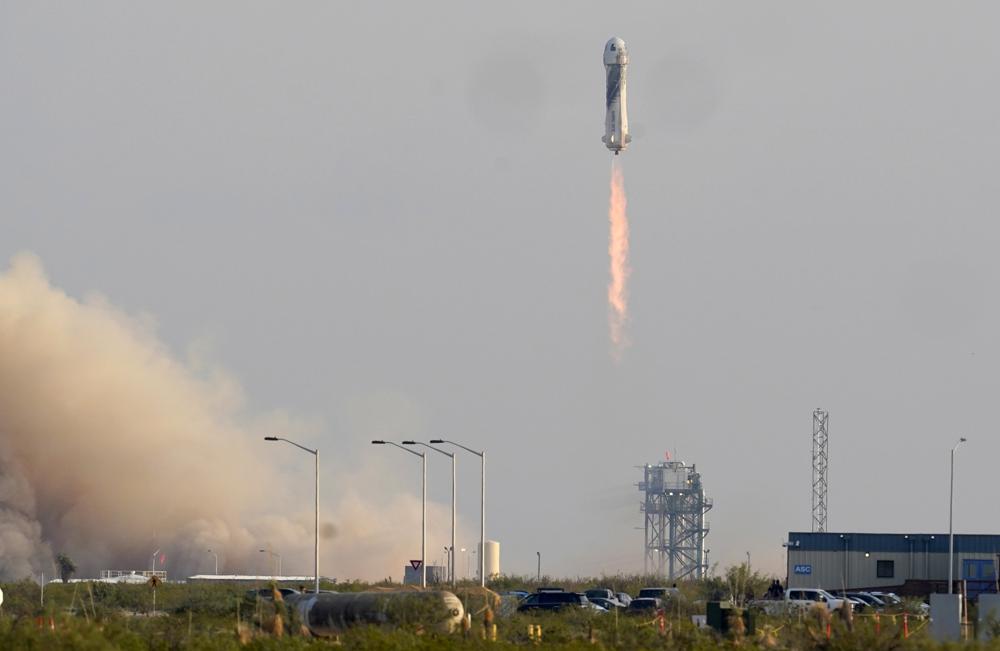 We live in an era where the fictional and the real have an intricate relationship, and sometimes it’s hard to separate them. Something like this, a collision of dreams and real-life ambition and achievement, couldn’t have a more effective ambassador than the outsized personality that is William Shatner.

“I was there last week rehearsing, whatever they call it,” Shatner told Anderson Cooper.

“Training I think is what they call it,” Cooper said, to which Shatner responded: “I think of it as rehearsal.” 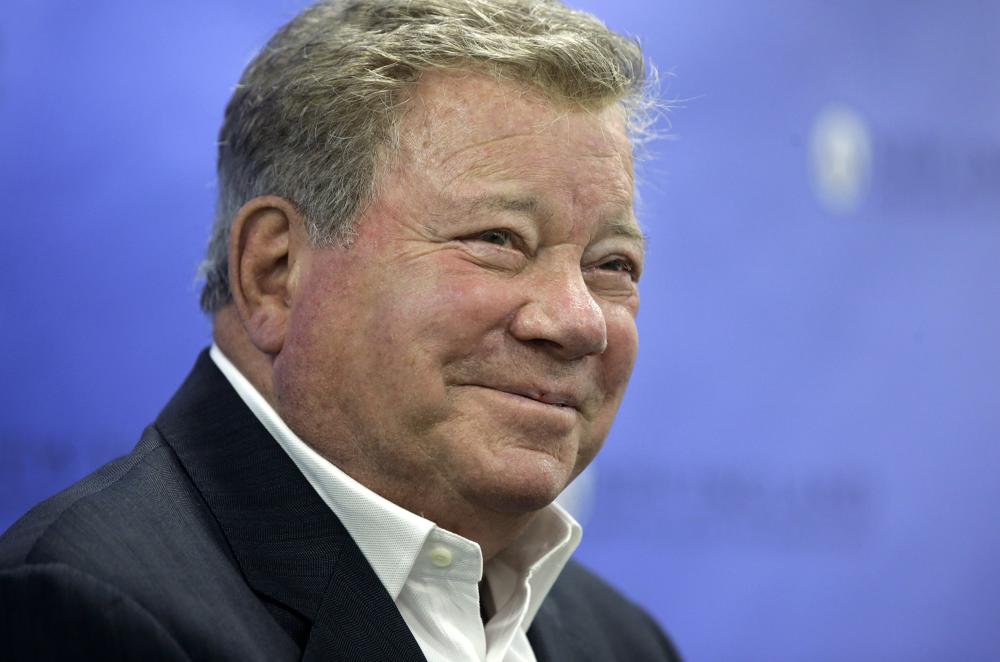 And there it is again — the storyline, compelling as ever, stealing oxygen from other important questions. Should we even be colonizing space? Don’t we have enough going on here at home to worry about? Aren’t there people with problems more pressing than this who could use the cash?

And what if we encounter life that’s not life as we know it, and harm it out of obliviousness or greed? It’s not as if that hasn’t happened countless times here on the ground, in the land that put a man on the moon but still grapples with a history brimming with horrors from slave markets to smallpox blankets. These are only some of the questions that will ascend and descend with Shatner on Wednesday.

Is it a stunt? Sure. Is it a genius marketing ploy? Absolutely. Is it cynical and self-aggrandizing and designed solely to make more money and grab more attention for the world’s richest man? You’re going to have to decide that one yourself.

In the meantime, consider the autobiographical song called “Real” that Shatner recorded in 2004 with country singer Brad Paisley.

“I’d love to help the world and all its problems. But I’m an entertainer, and that’s all,” he says in it. “So the next time there’s an asteroid or a natural disaster, I’m flattered that you thought of me — but I’m not the one to call.”

Turns out, he is — this time. But next time? In the future of the final frontier and the culture that has grown up around it — in this unusual realm where risk IS the business — that’s eventually going to have to be addressed.

Ted Anthony, director of new storytelling and newsroom innovation at The Associated Press, has been writing about American culture since 1990 and watching “Star Trek” since 1969. His younger son’s middle name is Kirk. Follow him on Twitter at http://twitter.com/anthonyted