The brain, the most complex organ in the human body, needs to be protected as it is crucial for survival as it is an essential organ. However, a Traumatic Brain Injury (TBI) can occur even after taking safety measures.

While not all injuries on the head affect the brain, a TBI does. These injuries' severity ranges from mild to severe.

Such injuries experiences are mild and generally get referred to as concussions. Regardless of severity, any brain injury can permanently damage the brain, behavioral changes, and disabilities.

A TBI is an acquired brain damage type. So, it’s caused due to external harm, such as bludgeoning, happens to the brain. It is essential to know that internal factors such as illness cannot cause brain damage.

So, TBI only occurs when something violently hits the head or when an object penetrates the brain tissues.

It’s good to seek medical attention after experiencing a head injury without making any delays. Imaging tests confirm the prognosis and diagnosis of the TBI. 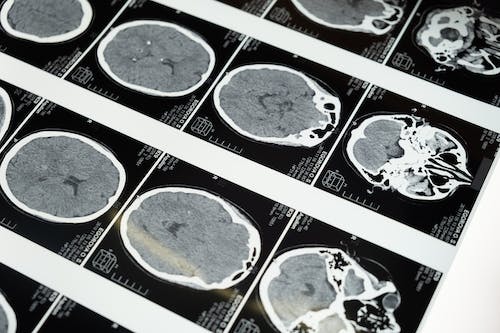 There are four main types of TBIs. They are:

A concussion is a mild brain injury caused by shaking, a head hit, or a fast change in movement, such as whiplash. Concussions are often difficult to detect using imaging tests, but they should still be taken seriously and treated as so.

Concussions can result in headaches, focus issues, memory loss, and disorientation. Concussions are particularly harmful if you have multiple overtime or a second one before the first recovers ("second impact syndrome").

It is one of the traumatic brain injury types in which bruising of the brain tissue occurs and is referred to as a brain contusion. They are caused by the shattering and spilling of small blood vessels, much like any other bruise. This leaking blood under the skin generates blue coloring on the skin. The leaking causes various difficulties, most of which are related to a buildup of pressure.

Any trauma or hurt to the head might result in a brain contusion. A contusion can occur:

When an object pierces through the skull, it causes a penetrating brain injury. The object, or hair, skin, or portions of the skull, may contact the brain as a result. Contact with the brain and force applied to it can result in serious injury to a concentrated or big area of the brain.

Any external force or object strong enough to break through the skull can induce a penetrating brain injury, such as:

When the brain does not get enough oxygen to function correctly, it suffers from anoxic brain damage. Brain cells will begin to die, and brain harm will occur after only four to five minutes without adequate oxygen. Because blood carries oxygen to the brain, a blockage of this blood flow causes anoxic brain injury.

Poisoning, drowning, carbon monoxide poisoning, choking, suffocation, or anything else that inhibits the lungs from taking in a normal number of oxygen molecules can cause this to happen.

After a brain injury, rehabilitation is unlikely to pose any issues. However, if portions of the treatment, such as occupational or physical therapy, are not done appropriately, there is a danger that existing symptoms will worsen or new injuries will occur.

There is still a scope of the issues arising. Hence, it is imperative to work closely with the rehab specialist to help prevent problems. It is in your good interest to discuss any concerns with the healthcare provider before rehab.

It is prevalent for an individual with a traumatic brain injury to develop mental health issues. While it is not entirely possible to reverse brain damage, a person can cope by learning new skills and behavior.

An experienced therapist can significantly help you improve the quality of your life by gaining control of the pain.